Powerful Marketing Software
All in one marketing platform to help you increase your sales and succeed.
Start for free

Email Templates for Hockey Teams: our Templates will keep your fans and sponsors warm! 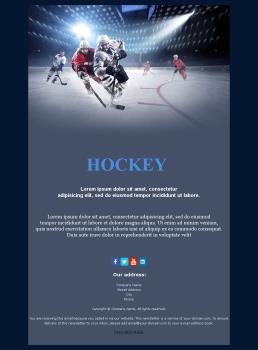 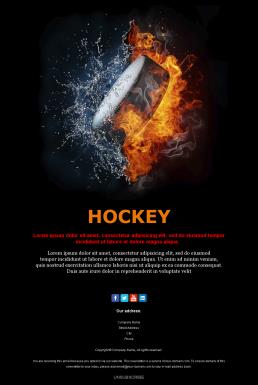 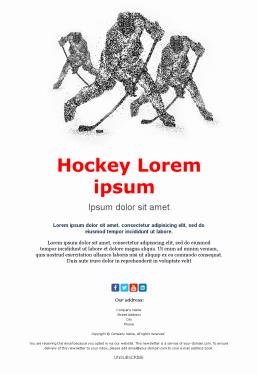 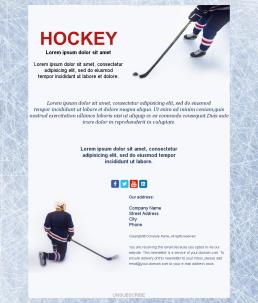 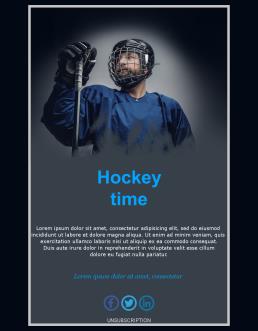 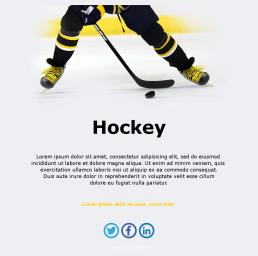 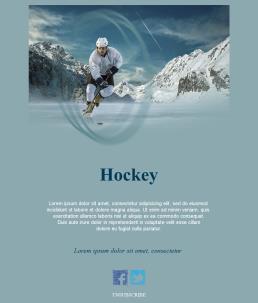 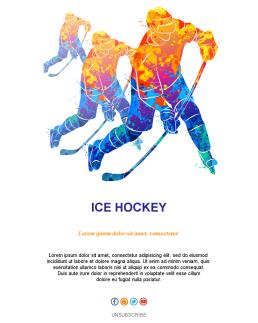 The National Hockey Association is fifth among the pro sports leagues in the world that includes NBA, NFL and the Premiere League. Its numbers reach an income of 4.1 billion dollars, making hockey one of the most lucrative and followed sports in the world.

Mostly a winter sport, it is popular in Canada, in the USA and in the northern countries, where there are a lot of hockey teams . That is why you should  stand out and gain visibility and that would be easier using one of our Newsletter Templates for Hockey Teams.

It is a quick way to communicate, both simple and direct, that will allow the fans to be updated faster about the news of the team.

Not only the fans would benefit from a newsletter: so would all the investors and potential sponsors, that would know more about the team thanks to your newsletter and its wide reach.

That is the main reason why our Newsletter Template for Hockey Teams is the tool you won’t be able to live without. Using a straightforward and direct layout, with a forefront design, you’ll be able to reach thousands of followers at the same moment.

You’ll be able to give them updates on the matches’ schedule, news about the players, fun-facts and even renovation of the infrastructures. Also the administrative changes in the club and the management of the team will be more transparent.

What are you waiting for? Reach thousands of people with only one e-mail and give us the chance to help you make it easier! Once you've tried the effectiveness of our Newsletter Template for Hockey Teams you will not want to use anything else!